How It All Began

Pastor George McKim grew up in Belfast, Northern Ireland with aspirations of becoming a professional footballer – destined to play in the English Premier League until the troubles escalated in Northern Ireland.

He became involved in loyalist paramilitaries and received a prison sentence for a political crime.  During such times his parents had become Christians and began seriously praying for their rebel son.

Through much prayer and after his release from the infamous Maze Prison, he attended the Metropolitan Tabernacle Whitewell, Belfast and through the preaching of Dr. James McConnell surrendered his life to Jesus Christ on Mothers Day 1979.  He continued his football career with Bangor Football Club and worked as a Fitter in Shorts Aircraft Factory.

In 1983 due to the rapid growth of his Church – God Called, Changed and then Commissioned him into full time ministry as an Assistant Pastor. 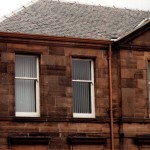 Pastor McKim and his wife Linda moved to Falkirk in 1986 to pioneer The Peoples Church.  The Church started with 12 people at the Old Drill Hall.  As the Church grew new accommodation had to be found and the Church moved to different halls between 1986 – 1991:– Girl Guide Hall, Camelon Hall, Lint Riggs Hall, United Reformed Church.  Then God answered prayer for a permanent home.   With a growing congregation, the Falkirk West Church was purchased.

A transformed building was not the only thing changed. Individual lives were also transformed over the weeks, months and years of Pastor 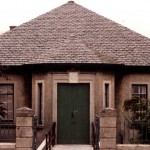 Pastor McKim arrived with the heart of an evangelist and a passion to win the lost. This was not only seen, but it impacted and inspired others to reach out with the Good News of the Gospel.

Working alongside her husband, Linda McKim showed to all what it is to be a woman of God. Walking with Jesus everyday, Linda knew who she was in Christ and from that personal walk was able to support her husband fully in ministry.

It was a blessing to see the arrival of their two sons – Lewis & Elliot, who grew up every week in the front row of the Church 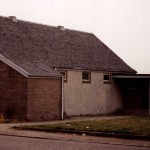 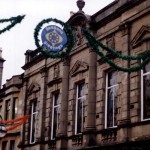 As the ministry began to grow so to was the need for an Assistant Pastor.  In 1993 David Morrison joined the ministry team (who had been involved voluntary from the beginning) and was a great asset, inspiration and example in the Church.

The Church continued to grow through all it’s outreaches in the surrounding communities.

On 3rd April 2005, Pastor McKim announced to the Church that he would be returning with his family to Belfast.

As a result, 2 new staff were brought into full time ministry on 1st January 2006.

The Leadership of the Peoples Church was handed over to Pastor David & Elaine Morrison on 20th June 2006 with Pastor McKim’s Farewell Service being held on 27th June 2006.

Many Pastors, friends, relatives & visitors came from around the world to witness this momentous occasion as the Church moved into an exciting new era!

With the change in Leadership came a new exciting and challenging yet strengthening era within Church life, as some staff & congregation members alike moved onto new pastures. 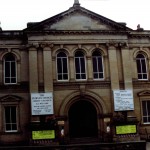 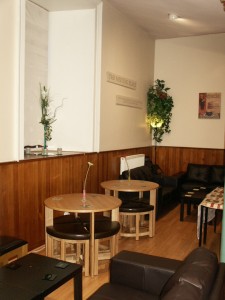 A Cafe area was created downstairs in the main Sanctuary and opened up in 2010 which has been a great success, has become a meeting place for fellowship and is also used on Sundays for hospitality for our visitors.

The top hall & crèche areas were modernised and reformed to accommodate the all new PCF Sunday School which relaunched October 2010.

God is doing something new at PCF as people re-dedicate themselves to God, uniting together and allow the Holy Spirit to ignite the passion for revival once again.

Step Into YOUR Destiny and Let The Adventure Begin in your life….. 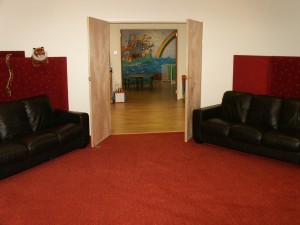